My LED kit I bought wasn't designed correctly. The LED strip they used is 6A and the power supply they provided is 5A. If you were to add the controller to it, it's way over the AMP rating of the power supply. Because they didn't design it for the AMPs that is being used, it melted and I ended up throwing it out before it got worse.

In order to power my lights, I just pulled out a PSU from a dell desktop I was given and hot wired it so it stays on and hooked up the lights to the 12V output since the PSU supports more AMPs than will ever be needed for the LEDs. I have an Arduino and some MOSFETs coming in to write code to control the lights. I'll probably hook the Arduino to my Raspberry Pi via serial to make a web API to control it with my phone. 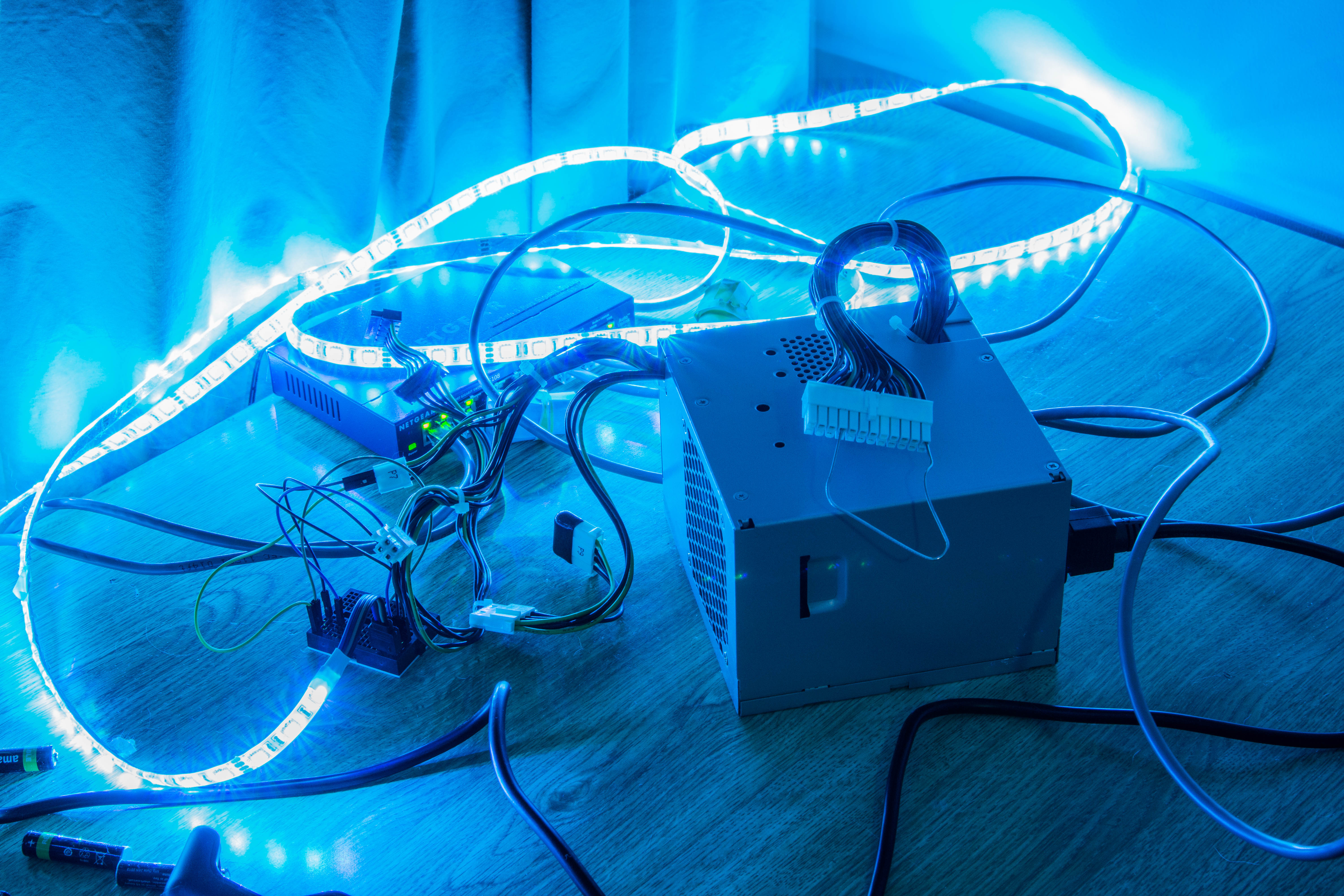